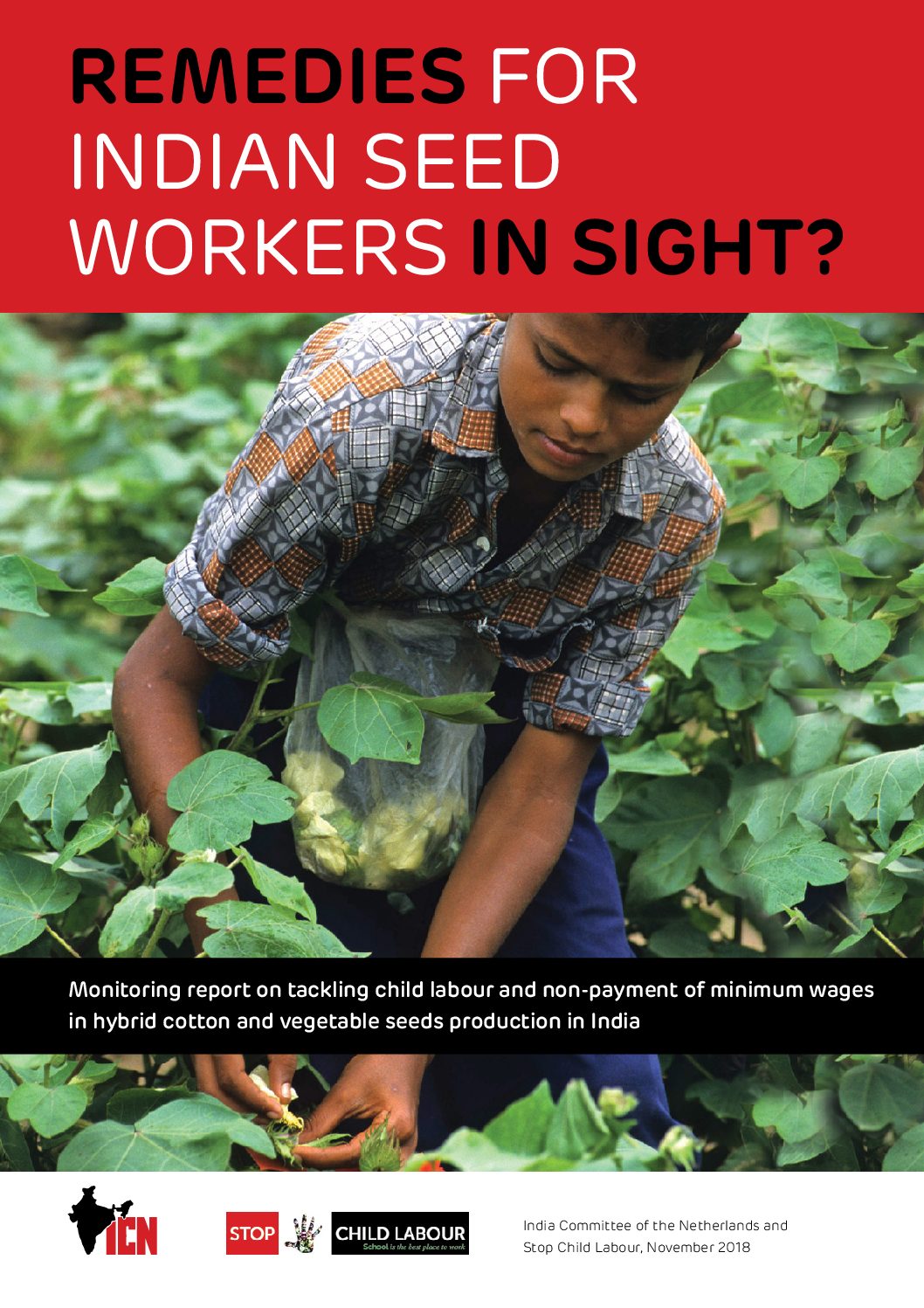 The report ‘Remedies for Indian seed workers in sight?’, published on the 1th of November 2018 by Stop Child Labour and the India Committee of the Netherlands (ICN), reveals that despite progress in addressing child labour, seed companies have not sufficiently addressed the issue yet. The companies are also largely failing to take adequate measures to address non-payment of minimum wages, especially to women.

In response to previous reports in 2015, many seed companies publicly promised to tackle child labour and non-payment of minimum wages. The new monitoring report analyses what 14 international and Indian seed companies have done since 2015 to keep their promises. We see a positive development is the increasing transparency of seed companies. However, we also see that much more needs to be done to improve the situation.